Women's Woven Voices is an international, collaborative art project that prompts women's empowerment through writing, weaving, and sharing their stories.

. . . a woven tapestry of story cloths from 1,000 women globally that will be exhibited internationally to promote compassion for all while calling attention to the challenges women currently face world-wide.

. . . a culture of self-knowledge and sharing that builds courage and fosters a sense of power in women everywhere to contribute to their communities in positive ways.

. . . women to tell the story of their lives, as a catalyst for change, particularly by opening up discussions about issues of domestic violence and sexual abuse in a safe and supportive way.

" There is something so elemental about weaving a piece of cloth. It’s archetypal. It connects us with our ancestors and with many different cultures around the world. It reminds us of our human resourcefulness and resilience. It connects our hearts with our hands. "

The Founder of Women's Woven Voices 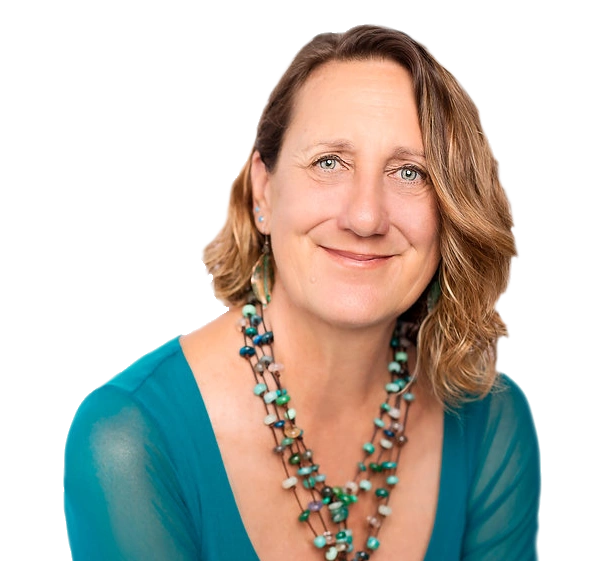 Brecia Kralovic-Logan is a passionate champion of creativity who has spent the last 40 years helping people of all ages to embrace and express their unique individuality.

In March of 2017, I was a part of a team of women who produced the 2nd annual International Women’s Festival Pacific Northwest in Vancouver, Washington.

We were there to celebrate international Women’s Day by highlighting women’s accomplishments and also shining a light on the issues that women currently face worldwide. We had invited 6 vibrant, successful, and engaged women to be our speakers and share their inspiring personal stories.

In telling their stories, several of the speakers revealed that they had experienced some form of sexual abuse. As this theme emerged the audience was asked if they would stand up if they had also experienced sexual abuse. I witnessed 3 out of 4 women in that room rise to stand.

I knew that I was being called to do something to help empower women to thrive. I just wasn’t clear what that would be.

A month later I attended an international peace conference in Belfast where I met artists who were using their art to call attention to peaceful solutions to conflict. I was participating as a part of a panel for the Global Art Project for Peace. While there, my belief in art as a powerful means for building connection and community was reinforced and I came away with a commitment to use my unique artistic voice to engage on a much larger scale than ever before.  I now had a clear vision of what that could look like.

I imagined a collaborative weaving that would be a visual representation of women’s lives from around the world and a catalyst for collaborating on solutions to the challenging issues that women face globally.

Finally I could bring my expertise as an artist, author, champion of creativity, and women’s advocate together to join with my global sisters to raise our voices to be heard and to be seen.

Each story cloth is stitched together with loving care. Before I begin stitching, I center myself and affirm blessings for each woman who has contributed their story cloth.

I am adding a red fringe to 3 out of every 4 strips in the tapestry to create a visual talking point about solutions to sexual abuse. The individual cloths are all anonymous and the fringe is added randomly.